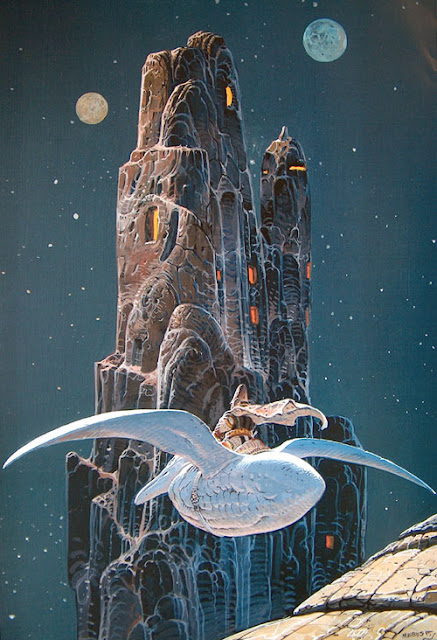 Along with many others I was asked to answer two questions about Jean Giraud for a Spanish comics website, Zona Negativa. It is well worth reading these heartfelt tributes and reminiscences from a wide-ranging list of international comics artists. And my comments were also translated into Spanish.

What are your first recollections related to Moebius work?

I first discovered Jean Giraud in the 1970s, as Gir. His Lt Blueberry was a brilliant addition to the grand tradition of European comics illustration, as well as the greatest "spaghetti western" in the medium. But then came his work as Moebius, which seemed to spring from some new, uncharted place.

How did Moebius work influence your own style, or even your understanding of the medium?

As a young artist I tried to draw like Moebius, and I especially loved the intensely rich colors he used on Arzach. But what has stayed with me the most is the clarity of his visual storytelling. He always chose the perfect angle to view each panel. Sometimes dramatically shifting perspective, sometimes jumping forward in the narrative, yet the reader was never lost, was always grounded.

To my mind, Moebius was the first artist since Jack Kirby to create an entirely new world in comics. Both strange and familiar, it is a place both futuristic and specific, not schematic: it feels worn and lived in, cluttered with background and details that suggest a thousand stores which could head in almost any direction. A true genius. A visionary.

Hilary Barta
Posted by surly hack at 10:44 AM 2 comments: 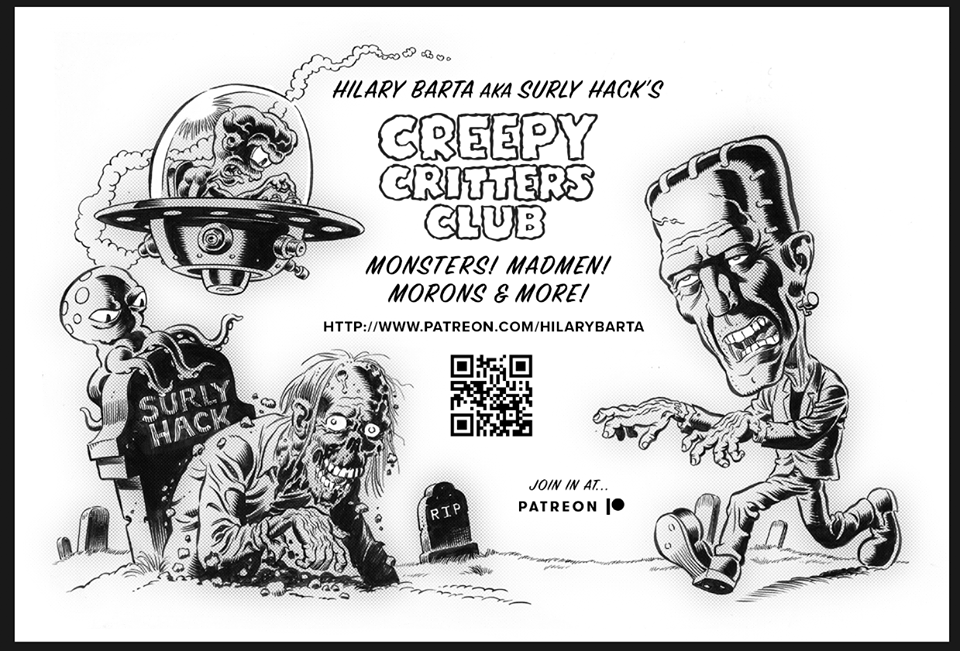